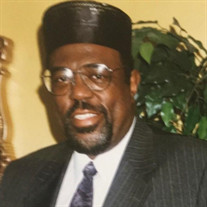 BIO OF CLARENCE STEPHENS, SR CLARENCE was a pioneer in the Civil rights movement, with an extensive community activist background. At the young age of 17 he got involved in The great marches in The late 1956 which would eventually stem from the early 60’s, to the early 2000’s He has a long history with The community, and human rights. In the late 50’s Clarence was The first paid project coordinator for The Cincinnati Metropolitan Housing residents advisory board (CMHRAB). He help organize and work with all twenty eight (28) Cincinnati Metropolitan resident council, He wrote many of The council By-Laws some are still being used to date. Clarence help write The memorandum of accord, which was entered into the Cincinnati Metropolitan housing authority and all of The Residents council. Clarence also helped write the CMHA’S Tenant Grievance Procedure. The CMHA’S grievance procedure is still being used to date. In The early sixties Clarence worked for The Cincinnati Union Bethel (CUB) Winton Hills Neighborhood Service, first as a community worker, Then a recreation supervisor, A group worker , A project coordinator of a special training project, A maintenance business co-op with 25 black youth. Under the leadership of Clarence the youths learned the mechanics of running a business, including management , marketing and the bidding process. Clarence organize many groups in the Winton hills area , tenant organizations, Fight against drug abuse committee. Community wide picnic, youth council groups, Clarence took under privilege kids on Culture Enrichment Trips, Event trips to Kings Island, and To Americana Amusement park. Clarence Stephens bought The NYC Rent-A- Kid, Model Cities, Urban Corps, Neighborhood Projects, Local Federal Agencies Learned Jobs program to The Winton hills community which provided jobs for over tens of thousands of youth in Winton Hills area over 13 years as a Resident. In The early 70’s Clarence joined The Peace Corp as a Vista Volunteer. He spent 6 weeks in Chicago Illinois training Vista Volunteers. Later He went on to work as a Vista Volunteer here in Cincinnati with the Tenant Representation Project (TRP) with The Legal aid Society. At this time his responsibilities was to promote education of all tenants within the city of Cincinnati. He organized a speaker’s Bureau to speak to individuals and community organizations explaining the mechanics of The landlord tenant laws. Clarence was a regular speaker at the Welfare WIN program TV, Radio as well as a lecturer at The University of Cincinnati and Xavier University. In 1974 after 28 weeks at Cleveland-Marshall College of Law Clarence was Hired by Legal Aid Society as A Law Advocate. Clarence represented tenants with public housing issues, Divorces, employment, unemployment, welfare, food stamps, childcare, Social Security and SSI problems pretty efficient an all cases. Clarence Stephens later became an Outreach Worker Public Housing Specialist Investigator as well which was 2 full time position. He handle 100% public housing cases. He handled and research investigation for the housing unit Attorneys. Clarence trained new staff for legal aid Society. Which included training young and up coming attorneys. He worked for legal aid Society for over 18 years. After Retiring From Legal Aid Clarence remain active with NAACP, marching for equal rights in The community. Clarence was a Professional Photographer, with media Credentials. He specialized in Investigated Photography, Media Commentary, Wedding, Family Photos and Model Portfolio. Clarence was A Nightclub Photographer for over 25 years. He is well known as The Black Tornado through out The Black Community. The Name Black Tornado Is A Registered Trade name. Clarence retired from Photography. Clarence Stephens Sr. AKA Black Tornado Gained popularity on Radio talk from his Debates and Knowledge of The Bible. Clarence attended Temple Bible College In The early 60’s where he studied Theology with his late Aunt Rosie(Harris) Stephens. Later He was Hired as A Talk Show Host at WCIN 1480 On August 23, 2000 as The Black Tornado. WCIN was the last job before retiring for good.

BIO OF CLARENCE STEPHENS, SR CLARENCE was a pioneer in the Civil rights movement, with an extensive community activist background. At the young age of 17 he got involved in The great marches in The late 1956 which would eventually stem from... View Obituary & Service Information

The family of Clarence E. Stephens Sr. created this Life Tributes page to make it easy to share your memories.

BIO OF CLARENCE STEPHENS, SR
CLARENCE was a pioneer in the Civil...

Send flowers to the Stephens family.