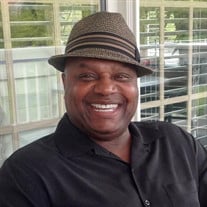 Cornelius "Neal" Craig, Jr., age 73, passed away on August 9, 2021 in Cincinnati, OH. Neal Craig was born in Cincinnati, Ohio, April 21, 1948 to Myrtle Washington and Cornelius Craig, Sr. and was raised in the West End and South Cumminsville communities of the city. He attended Garfield Elementary School, Heinold Junior High School and graduated from Robert A. Taft High School, where he played football and ran track and was later inducted into the Taft High School athletics Hall of Fame. He later attended Fisk University, in Nashville, Tennessee on a football scholarship, graduating in 1971 with a degree in Sociology. His football legacy was established by being selected twice to the All-SIAC Conference team while at Fisk. In Nashville he met and married Marcia Hall and later had three children Cornelius Craig, III, Qia Craig, and Cornell Craig. He was drafted by his hometown Cincinnati Bengals in the 1971 NFL Draft and played three seasons as a defensive back/strong safety before spending one season with the Buffalo Bills and two seasons with the Cleveland Browns. Post-football career, Craig was also a candidate for Cincinnati's City Council and enjoyed a long career in corporate sales, retiring as the District Business Manager for the Letica Corporation. He was an active life-time member of the Cincinnati Alumni Chapter of Kappa Alpha Psi Fraternity, Inc. Neal is survived by his children, Cornelius, III, Qia, Cornell, and India Crum; granddaughter Anaya Crum; sister, Thelma Curtis; his long-time companion, Deborah Spradley; and a host of nieces and nephews, other relatives and many dear friends. The Family has requested anyone who attends the service PLEASE wear a mask. Thank you!

The family requests, in lieu of flowers, please donate to a community organization in underserved communities.